Glorious white sand awaits in Sta. Maria! That’s what Liam of DownSouth Magazine said when she dragged me to a one  hour drive to this sleepy town, southwest of Davao Gulf. This beach is called Little Boracay owned and managed by Joyce Mariscal, she was my schoolmate in Stella Maris and was my senior and officer in SMAD’s glee club.  Small world. 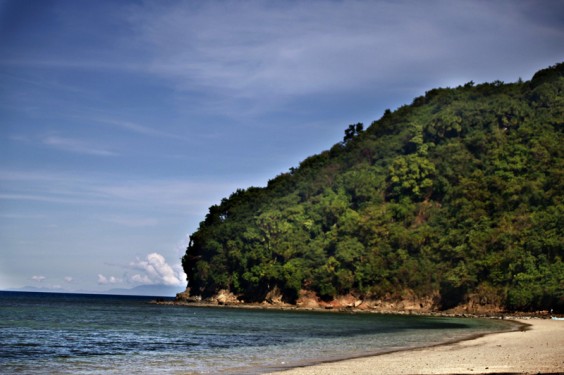 Sta Maria’s marine diversity is also impressive — apparently at par with Palawan or Mindoro.  Scuba diving  is not yet available in Little Boracay Resort.  I thought other resorts like Kisulad Puting Balas is already offering services but Joyce told me that diving is only possible if its an organized diving activity where divers bring their own gear. 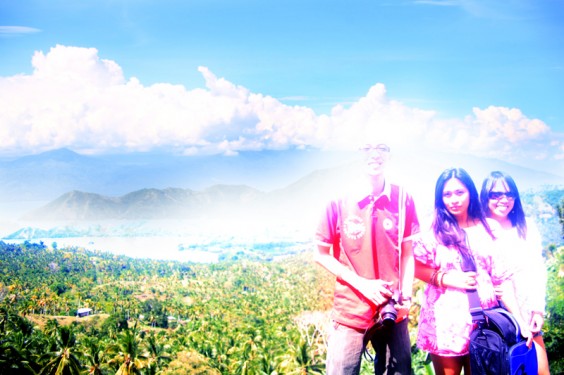 Ooops! a little over-exposed in Sta Maria.  A little pink (and green) partly due to the long drive from the city…but nonetheless happy to have our photos taken, regardless if we look a little pale in the photo.  In case you are wondering where Mauro Carmona’s head is…it’s there somewhere.  That which has a pure heart can see it…oohhh you can’t huh? bummer. 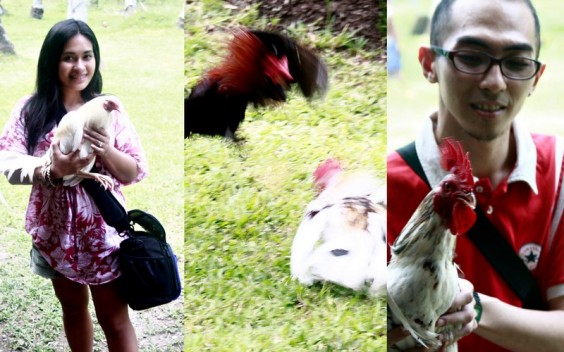 Cockfighting, a traditional sport by filipinos is also a hit in Sta Maria.  These are Joyce’s father’s cocks (that means chicken- a male one, pervert) that Mauro and I were playing with while Liam discussed with him. 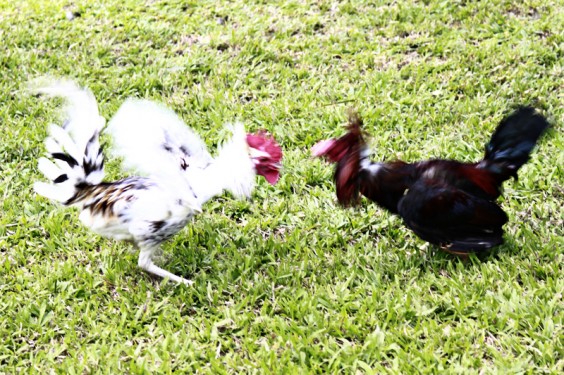