The Chocolate hills is probably the most popular destination to go to when in Bohol.  A warning to the faint of heart, although the steps have been paved and cemented for tourists to climb, it still is a steep and long climb.  The stair is quite narrow and annoying tourists who takes photos while climbing slows your ascend. 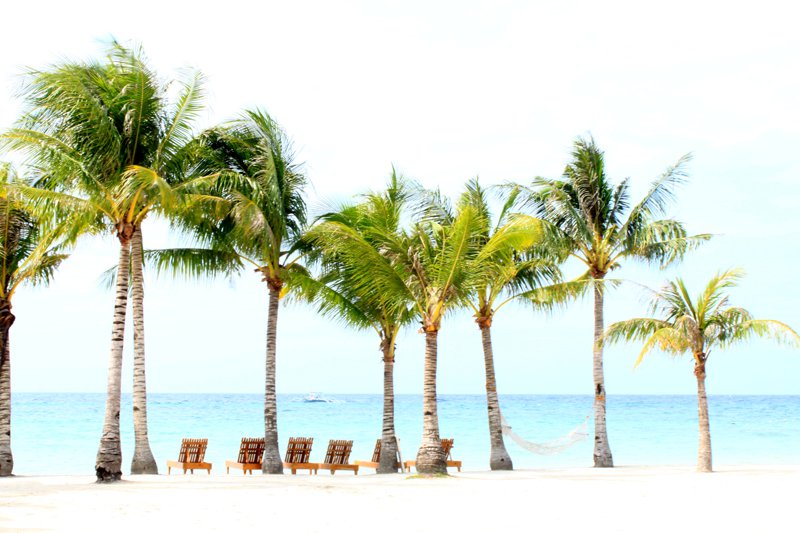 Of course the beach is a must see as well.  Bohol Beach Club is great for relaxation and silent musings. for parties and happenings, cross over to alona beach upon hitting 6pm 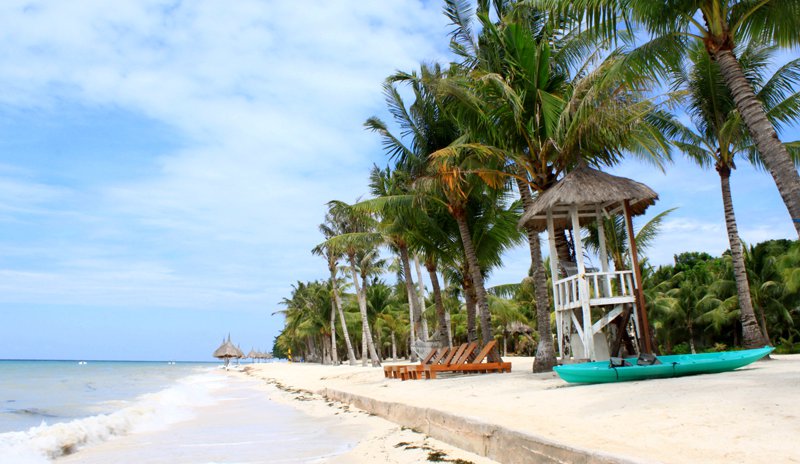 jetski, boating, or just sleeping in the hammock is bliss ^.^ 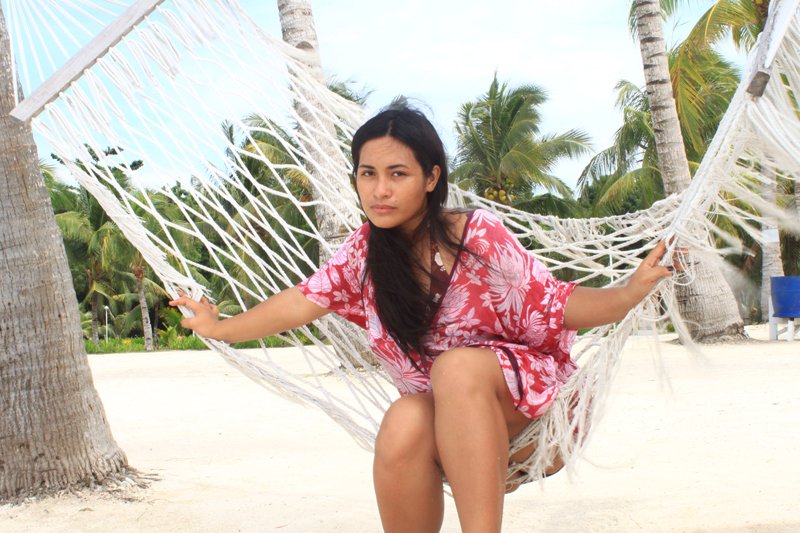 For travelers who wishes to go to bohol, it is possible to tour it in one day.  In  my part, I hired a moto to take me around for a thousand pesos.  Moto drivers seem to be part of the tourism caravan.  They know their routes and which places to take you.  Bring sunblock and water.

Blood compact site of Magellan and Cebu Chieftain Raja  Humabon. Pacto de Sangre is a ritual in the philippines where each party cuts their wrist and from the wound, get blood to mix with their beverages or wine for each to drink.  This is a symbolic act of sealing a friendship, a pact, or an agreement. 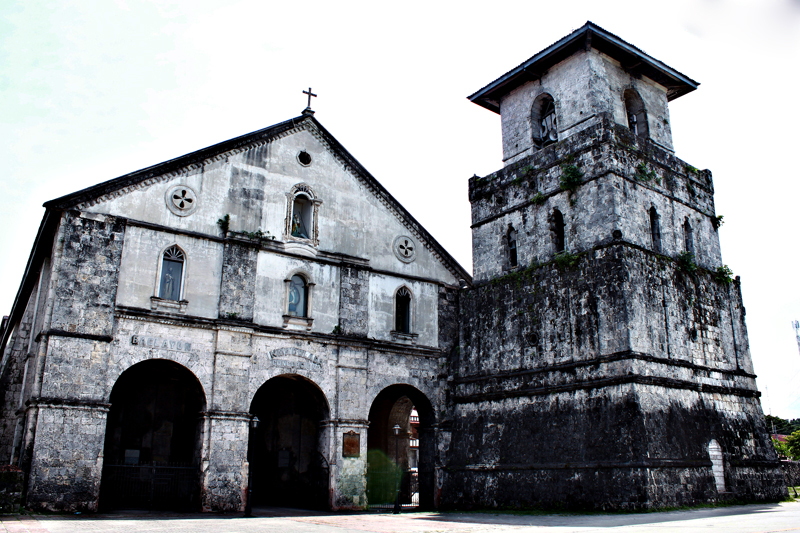 Baclayon Church.  The first seat of the Spanish Missionary Jesuits and the oldest church in the Philippines.  The church is made from coral stones, built by 200 forced native laborers who used egg whites to hold the stones together.  Inside this church is a dungeon where natives were punished if they violate any church teachings. 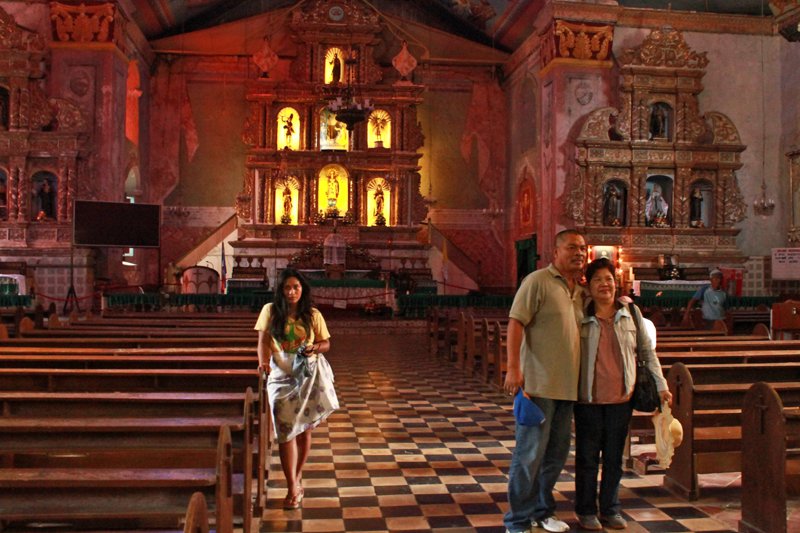 Because I was wearing sinfully short shorts, I was stopped at the entrance and  the woman in-charge wrapped a piece of cloth around my waist. Dresscode does not allow shot skirts and sleeveless top as well. 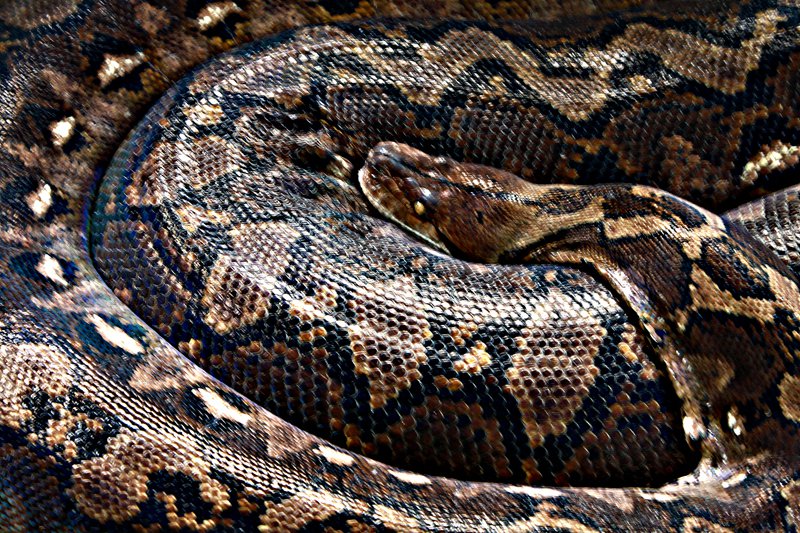 Next stop was where the largest python in the Philippines live.  This monster consumes pigs/goat not less than 65kilos in weight.  Snake’s skin is kinda iridescent because it is shedding. 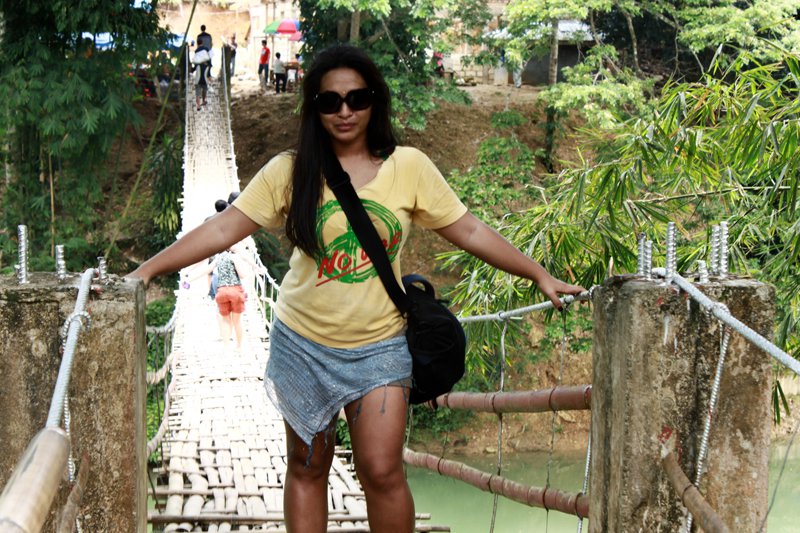 Crossed the hanging bridge and met the buko king at the other end.  Crossing the bridge would cost you 30pesos…yes, i was scared. 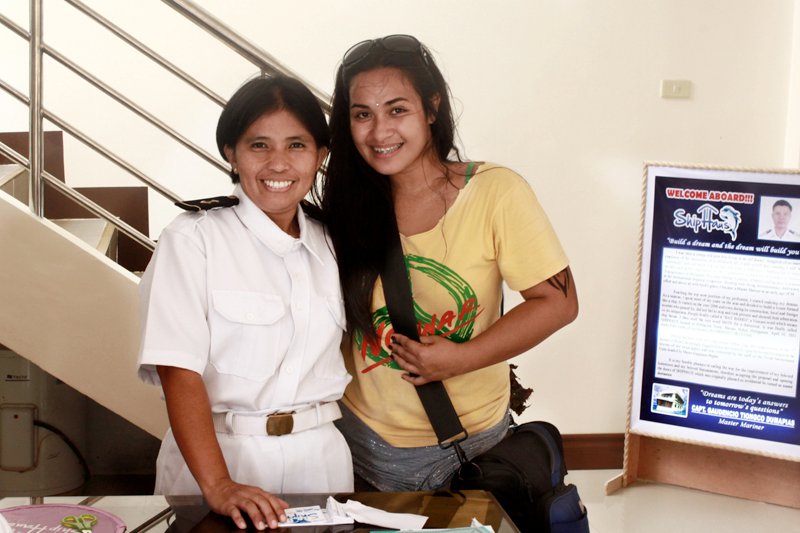 ShipHaus! a house built by a captain– it’s a ship on land complete with crew and rooms. accommodation is possible for guests. 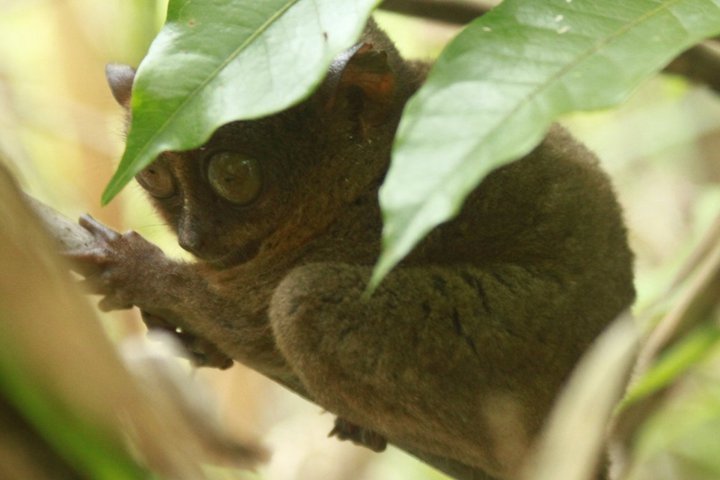 Tarsier in Bohol are now being protected in sanctuaries. the local government has closed down establishments that showcases these solitary animals due to high suicide rates.  Tarsiers, due to culture shock and too much disturbance, would kill themselves after only two months in captivity. 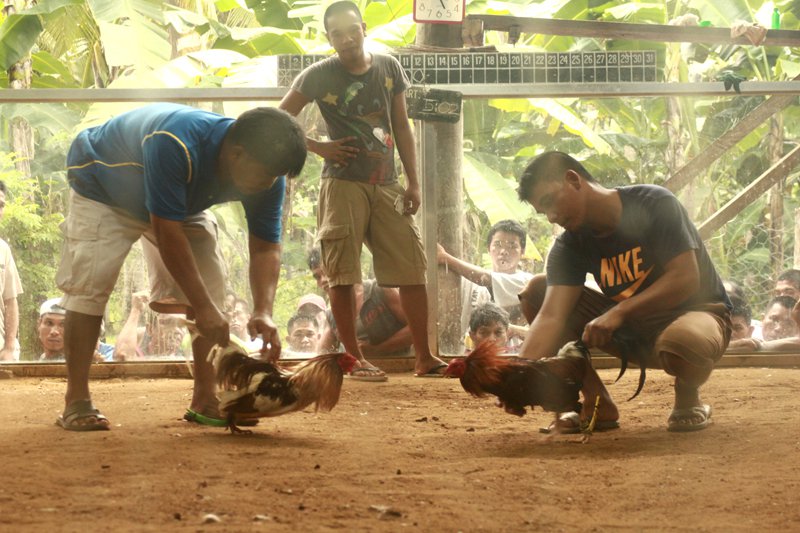 It was a sunday when I toured Bohol and thus, I was able to watch and bet on some fighting cocks. Cockpit fights only happen every sundays all over the Philippines.I won, of course! 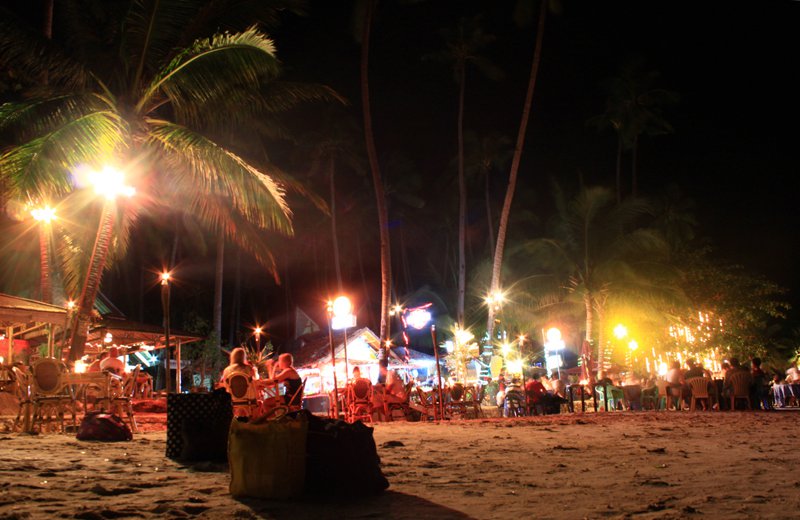 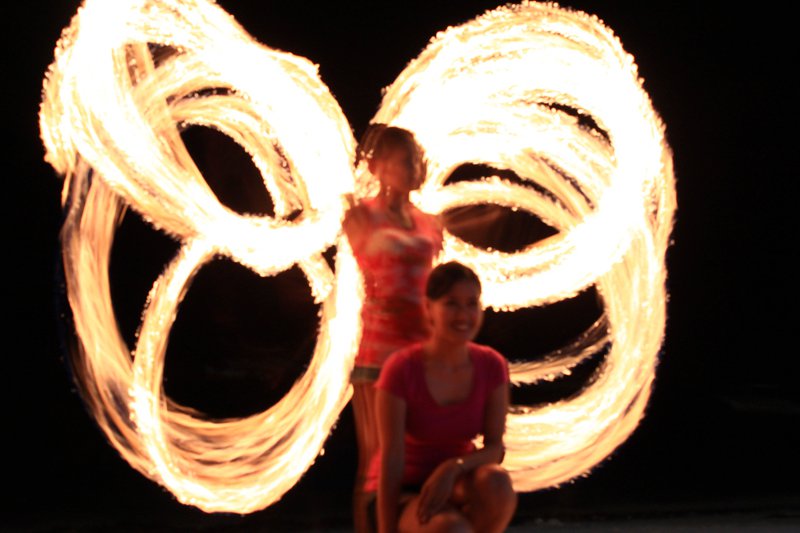 Spent the rest of the night watching Poi Dancing