Mount Apo is the largest active (but sleeping) volcano in Mindanao and the highest mountain in the Philippines. The mountain has three peaks , a flat top and it is capped by a 500-meter-wide volcanic crater (that contains a small crater lake).  It is also a source of geothermal energy and has around 270 species of birds.

Mt. Apo is the highest peak in the Philippines and is a popular climbing destination in Mindanao. The earliest recorded climb was in the 1880’s led by Don Joaquin Rajal.

Down South, during our climb was led by Social Climbers, a climbing group that caters to crazy outdoor fanatics wishing to make their lives exciting and difficult by engaging in near-impossible outdoor activities.

Social Climbers arranged our climbing trip and had, because of our inexperience, chosen the easiest route they could map out for the group.  The easiest route via Kidapawan is by no means easy in my vocabulary.  The – ehem– easy route was a, more or less, eight hour climb, half of which you do by almost crawling your way to the top. 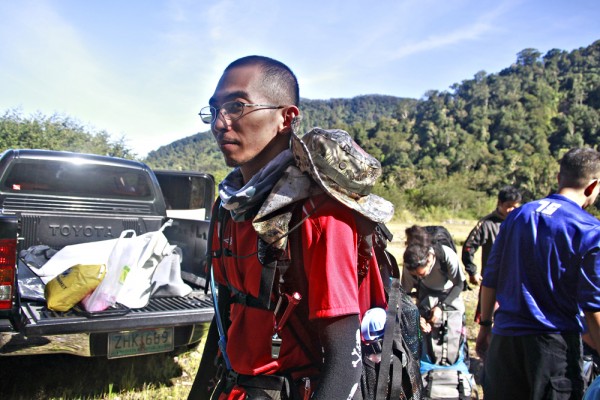 I would have to advise newbies who wish to experience climbing for the first time, that it is important to never look back while climbing, especially when you are already on on your last four hours. The girl in red stilettos made the mistake of checking her progress by looking back and almost instantly saw her life flashback in seconds.  Yes, it was steep and of course, it was dangerous…it was motivational as well.  I am sure, after that, Liam (the girl in red stilettos) climbed with a new determination of staying alive. 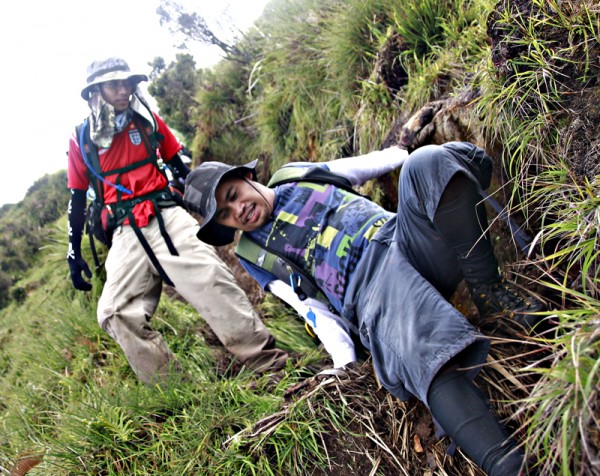 I find death in the mountain appalling…because it displays your stupidity, hanging on for dear life…

Reminds me of Catch 22 –only humans are stupid enough to climb crazy peaks to prove they can and by doing so,  proving they are not stupid but if they cannot and slip off the cliff breaking their neck in the process, it validates the stupidity that fueled the stupid idea into action, making them doubly stupid — hmmm that gives new definition to the word force majure – we are inevitably stupid and cannot avoid if stupidity befalls. But, because our team was able to climb the peak, you are free to negate our stupidity –no matter how stupid it seems to be. 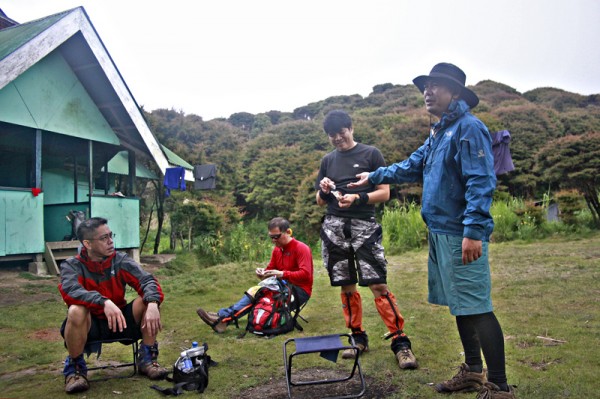 But no worries, we are all alive.  Social Climbers made us sign a waiver though…sheesh! But no…we were in no grave danger at all…the waiver was just proof that if, by any chance, something bad happened to us at all, it’s nobody’s fault but ours.

I did not worry, being blamed comes secondary after death.  Studies show that 90% of all accidents that result in death happen inside the house…and climbing is sooo outdoor, which means there is only but a 10% chance of someone dying to ruin the fun.  Yes, homebuddy, you are more likely in danger compared to us swinging from vine to vine, prancing from rock to rock, singing our hearts out because suddenly there are no neighbors ready to complain and fines to pay because we disturbed the subdivision’s golden silence. 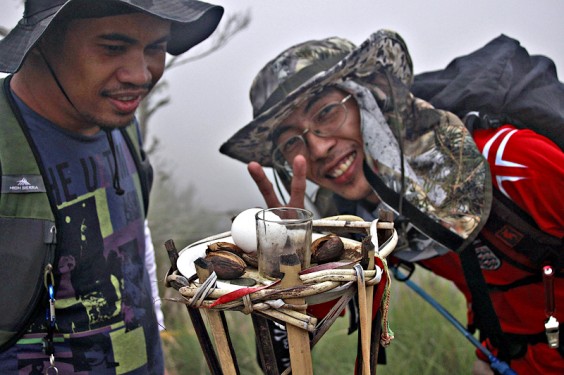 Sherwin and Mauro looking at the offering some mountaineers leave for the spirit of the mountains.

The team’s theme song while climbing is “I’ve finally found someone” by Barbra Streisand because of the “this is it’ line in the chorus and the conviction of tone when singing it.  “This is it!” we’d exclaim as all in the team were scared and the phrase connotes the fact that “this is it”, we are in fact climbing now, no use to look for excuses to avoid this circumstance. As for the other lines that follow– they were rendered irrelevant hehehe!  Mauro Carmona of Motorcycle Diaries, finds Sheryl Cruz’s Mr. DreamBoy comforting though…that is— after he informed everyone that “Ice Ice Baby” had been running in his head for a while now. Yes the mountains can make you weird as well. 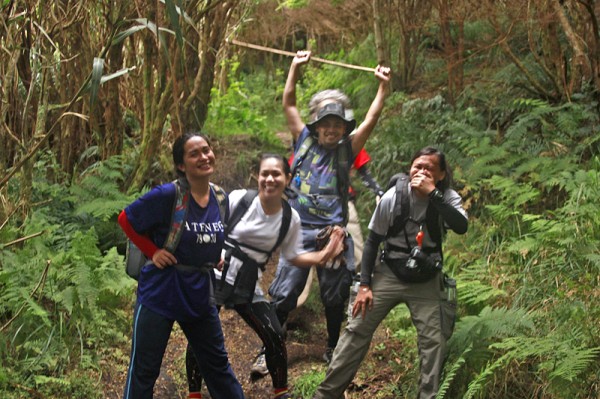 There are five of us --- Mauro is that red patch behind sherwin.

The weirdest one in our group is Mark Limbaga with his crazy hair and one liner phrases.  We find him to be really fun and this high fashion member of the team was the only one, aside from the social climbers, who was able to climb Apo before this trip.  Mauro, Liam, Sherwin, and I were first timers…ok make it ignorant first timers.

May I also inform everyone that Liam conquered Apo in black tights with neon colored splatters and she was also my clothing consultant who said that I wouldn’t need a jacket at the top. Thank goodness Sherwin has a spare.  Being the girls, we were able to mooch jackets from Sherwin who was left to die in the cold.  Good thing he survived…he got back by keeping the people awake in the middle of the night putting us in forced watch as he slept. 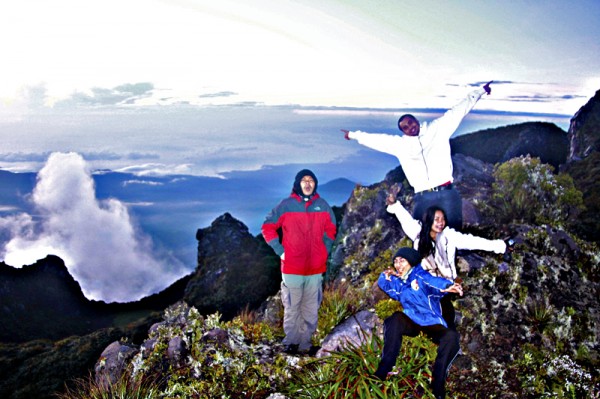 good morning apo. sunrise was around 5.27am

But lack of sleep could not ruin the beautiful sunrise and the scenery that greeted us in the morning.  Nor did it dampen our enthusiasm and excitement to be on Mt. Apo.  Our near death experiences and the imagined epiphanies suddenly seemed so distant as we all fell in love with Mt. Apo.  The grass, the smell in the air, the sunlight, the beautiful rock formations, even the wild berries and the mud…they are all so majestic that you become humbled in their presence.  No net, no cars, no malls…it’s just you –there, in the middle of nowhere, intimate with nature.

While climbing, when asked if we are ok, Mauro would say, physically yes, but mentally — not sure…  We got our psyche scrambled as we found our way up…it’s like being torn apart while climbing.  You can never be composed while hanging on for dear life…and to survive you just have to sorta break down (except maybe for Sir Assler who managed to stay immaculately clean and posh while climbing up and back).We crawled in the mud, hugged rocks, slumped on the earth, rested on barks, and found comfort in the wet grass.  Dirty, cold, and privately dreaming of helicopters to take us to the peak, we managed to go up in shatters and come down with a whole new perspective of ourselves. It’s suffering we wouldn’t normally look for but its experience we know we would never trade for any other ^.^ 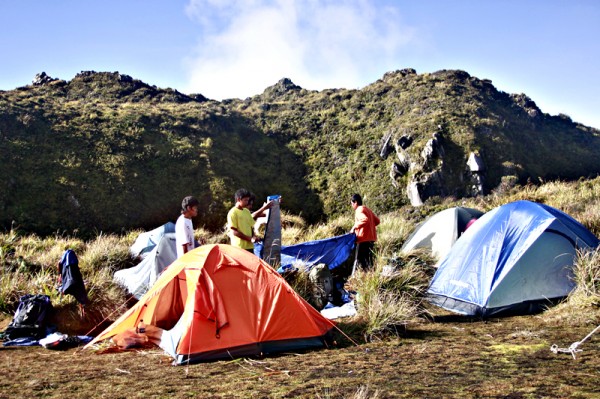 our campsite at the peak

Liam’s partner advised her before we took off  that she has to take in the climbing experience as a spiritual journey because it is something bigger than her…And I guess he is right…  Suddenly, in the middle of nowhere, we become no one.

Told Liam that KT is very sweet to have sent the message…It’s a far more romantic farewell message compared to my BWL and his glaring message of “are you having fun yet?”…  but my guy knows me too well… apparently he’s learned that any romantic message makes me cringe…had he left one, I would have remembered it and cringed while climbing making me fall to my demise.  And in that sense, he has saved my life (silly goose, now you are in my post when you are not supposed to be included in here!).

This climb was organized by Down South Magazine,
a magazine that showcases everything Mindanao from scenic spots, culture,
people, and business, and by Social Climbers, an outdoor organization
of professionals who render quality outdoor tours for outdoor enthusiasts and adventurous people. 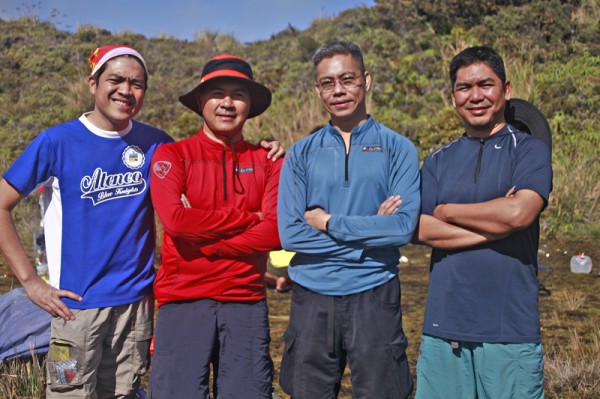 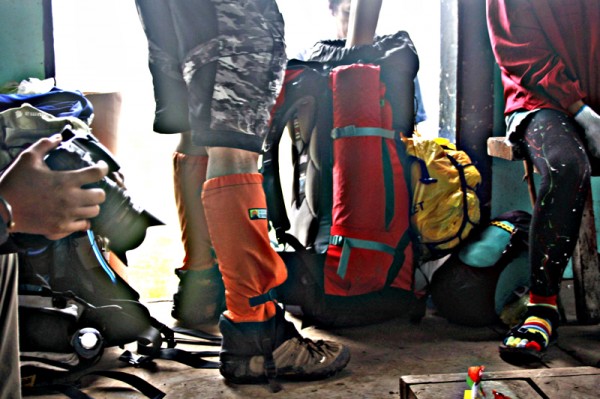 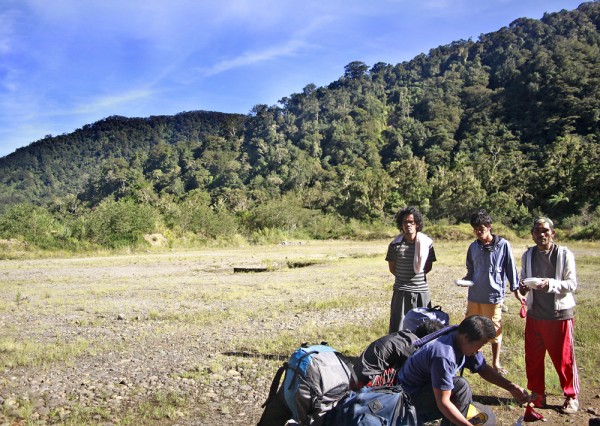 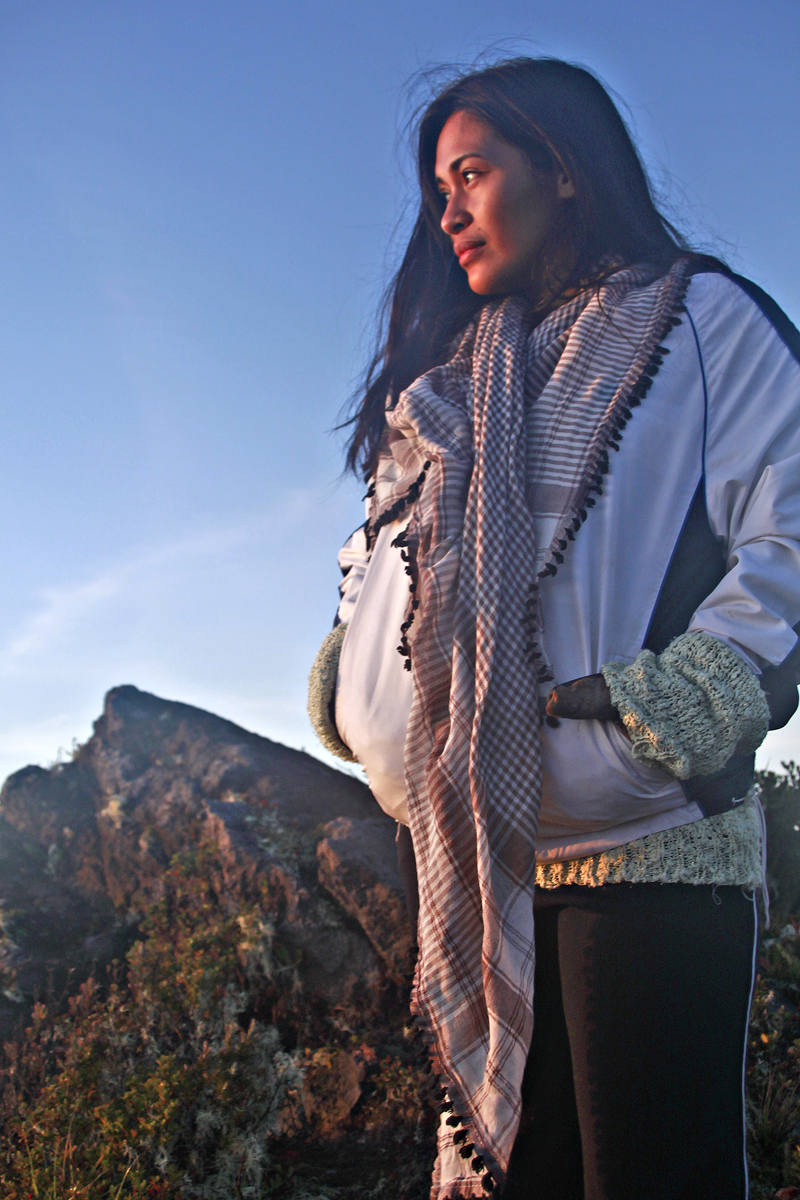