Solvent overdose of the year.
a mixture of rugby, thinner, and paint — sniffed to the highest level — resulted to a salon cruise that involved threading and perm.

Martin and I started painting the office. We felt creative that day… Too creative perhaps… If there is one thing I have learned so far — it is the fact that being high may result in unwanted hair perm.

The paint.
White and sticky. It came in the form of a gallon of stuff that just wont stop from trickling to our elbows when all we wanted was for it to stick the wall.

**We were left to our own devices and thus painted our way to destroying the already-in-shambles-studio.

mission number one.
status: over and done with
drip.drip.drip — while singing I have two hands.

The bottles of thinner.
Clear liquid used by people who doesnt know what they are doing. Primarily used to clean up various indescribable mess on the floor.

Mission two
status: partly accomplished.
Requirement: you must love the art of stooping. NOt reccomended for people who are in the dying age.

The Mafia Boss — the rugby.
sticky white goo that smells so strong that your spirit just fly out of you.
Caution: is alive!!!!

Carpet has not been installed yet. And so covered with paint, martin and I decided to create another fiasco — and in our little hands is the bottle of rugby and on the floor, the black carpet laid to be exploited… Little did we know…that would be the icing on top of the cake.

Without further ado, let me confirm your suspicions– yes, you are right, we struggled to paste it on the floor…oh yes we did…in a very bad way… Its like teaching grandma the pretzel.Mission number three— is mission impossible times three.

Skills gained:
at the end of the day, we have practically perfected the technique of smelling through our ears.

After Effects
The rugby smell was so strong we got knocked out so bad that resulted to an even more mess that resulted to the towing of my beast as suggested by my mechanic because he just couldn’t make “Colonel” roar back into life in the office parking lot. The painting took a week and my truck was dead for almost a week also. he was trying to resuscitate for five days already. He said, the beast needed to be taken to his shop.
Nobody said being a Laborer is really a labor…sheesh

What could have happened?
All I remember is that Martin and I were in the car wanting to go home. The next thing I remember, I was in the office couch the next morning and my car is not starting.Don’t ask me, your guess is as good as mine. 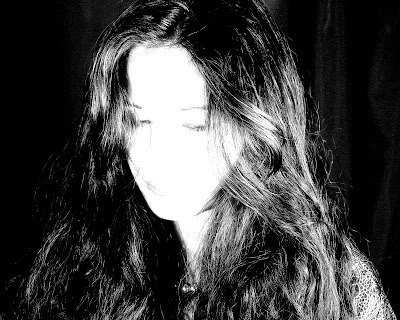 I was so stressed with the fact that my beast has no life and has to be towed that I made the wrong decision of stepping into THE salon — insisting that i get a perm.

The lady said no.
I should have listened.
Shyet.

Huhu…but anyways…crying over spilled milk is useless. I’m determined to be happy about this…and I will be! drat – Lalalala!

oh…and yes… I am now officially not straight…
no, not that way, pervert.