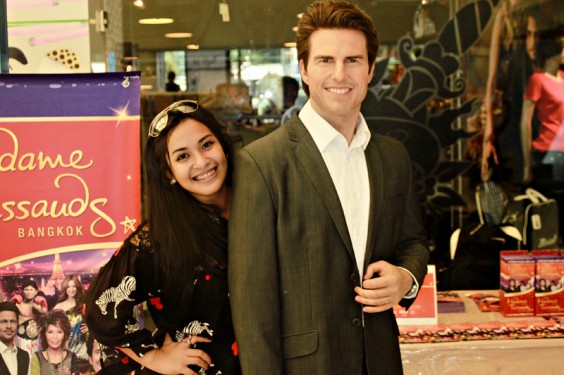 I’ve been to Bangkok for the nth time but never was I able to see temples and palaces…not even amusement parks. My past trips would almost always comprise of traveling from the airport, then to the hotel…with little perks like that one big buffet at the Oriental.

But no scheduled trips to the floating market, no temples visits…just a long walk towards and around Jatujak (or chatuchak) Weekend Market and around Baiyokke Tower. The endless shopping for bargains have had its glam for a moment, but on the third day of nothing but shopping can sometimes wear a girl out.

I’m not complaining.  The long walk is interesting.

Food stalls that sell delicious cheap food is everywhere for grabs.  Bangkok streetfood has always been a comfort to  me whenever I have a long walk to do.  The vendors sell interesting dishes, almost always flavorful and rich in taste. 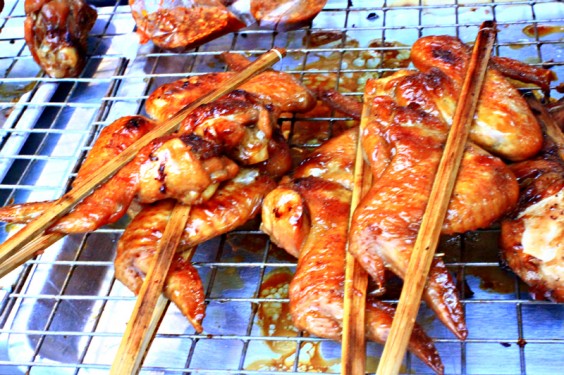 My favorite is the chicken bbq 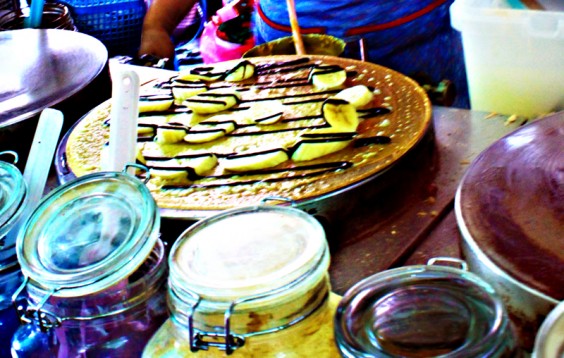 Back to my whining…I am lucky I have a BWL who announces that I need to Bangkok whether I like it or not — who bitches endlessly about my shopping escapades, who micromanages my purchases, my food, the places I have to go visit, and people I talk to.  It’s like having a constant nagging conscience, except this one rewards you with extra shopping money if you follow his directions correctly.  Ok, that makes him a fairy godfather…he also makes sure I don’t get into trouble.  He is also in-charge of bail money, if ever…. but me?! in trouble?! pfft!

I told him I wanted to stay in a hostel…dorm room —and gave him a link to a guesthouse.  He arranged it.  I arrived and nothing spectacular happened…actually nothing happened at all.

It was all so quiet.
In a room of six oversized bunks, I am the sole occupant.  It was eerily quiet…and strange.  It should have been full.  I have a nagging feeling BWL has to do with it.  I’m not saying he is the king of the king of the undead…  He preferred for me to get a private room somewhere…but I find it lonely. He insisted I get a private room in the hostel…and I said, what for?  He conceded after three days of discussion…and damn, i got me my dorm…but it felt like it was a private room nonetheless…but just bigger and more scary.  Five empty bunks may not be empty at all! I don’t want to wake up with ghostly apparitions walking around my room occupying empty beds…or worst, learn that someone somewhere, in one corner, a few years ago, decided to hang one’s self because of a broken heart and is now haunting the place! waaah!

For distraction, i bought me a book at the local bookstore…and guess what I picked? Constantine. A scary book about supernatural powers, the devil, demons, and the undead…yes, I managed to scare myself even more.

On the third day, I complained to BWL on the phone.  Demanded to know if he paid for the whole dorm room so he could give me my caprice and secretly stash me in private to keep me out of trouble.  He denied it. I said I was scared. Threw a tantrum and said I wish that I’m not alone. 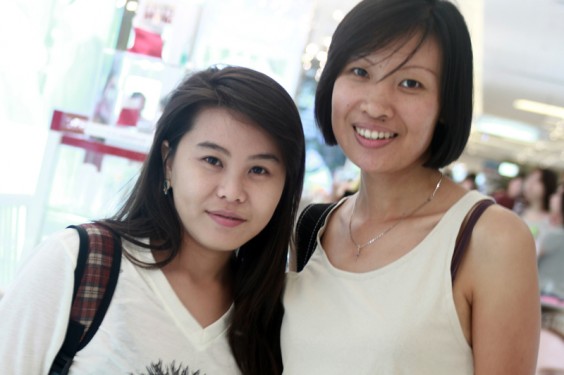 And the next day, two girls were put in my room. Told you, he was a fairy godfather…or a great schemer!  That’s Abeth (short for Elizabeth) and Dewi.  Both are Indonesian, college friends, and on a leisurely tour in Bangkok.

The two girls turned out to be adorable and because of them, I was able to sneak into places I normally wouldn’t visit on my own.  I found me playmates! and I cajoled them to visit Madam Taussauds with me by showing them my photo with Tome Cruise. whehehe!

Madam Taussauds is a wax Museum in Siam Discovery where more than 20 wax figures are displayed.  It took us 3 hours to complete the tour…I initially thought we’d complete it  after half an hour…ooops! let me show some of the reasons why…hehe! 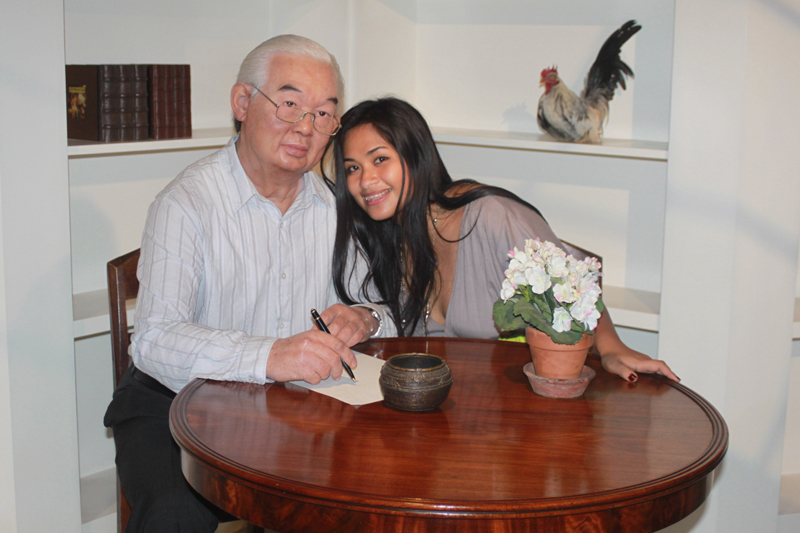 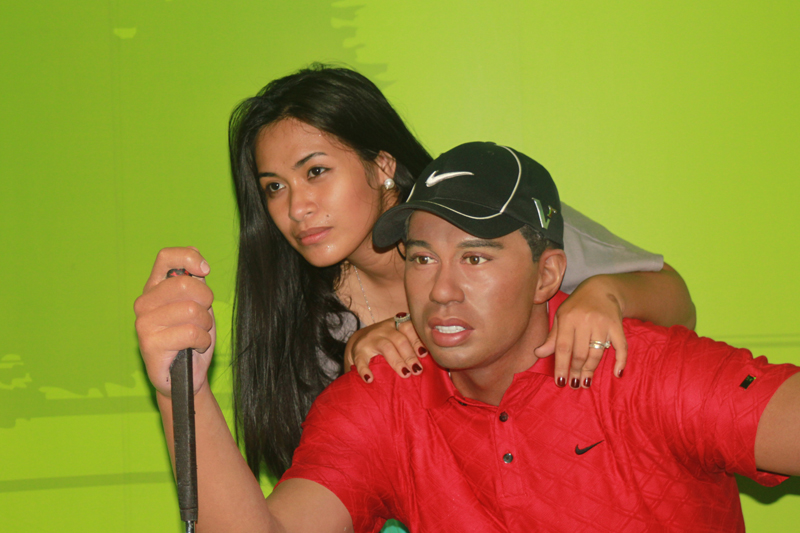 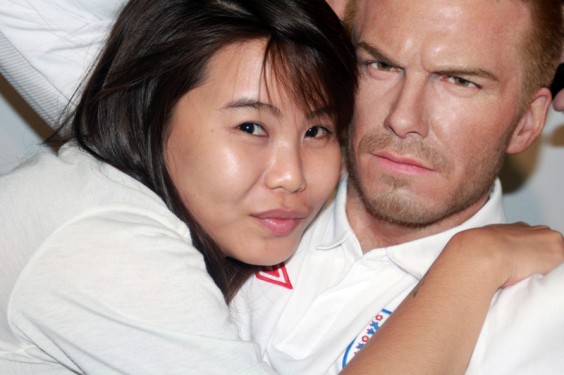 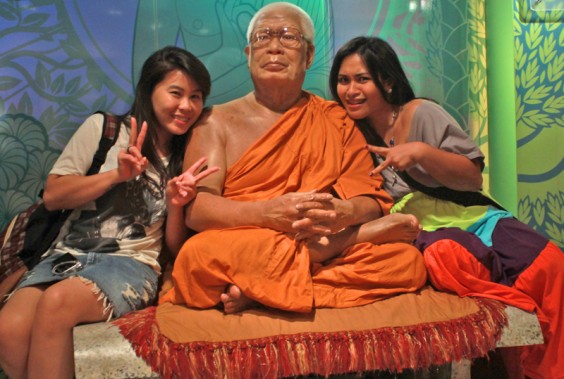 rocking with the dalai lama 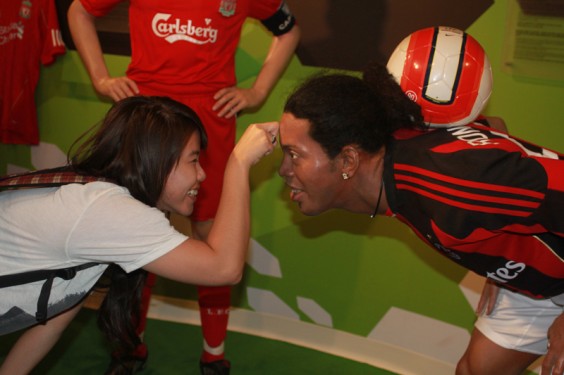 Abeth goofing off while I played virtual football 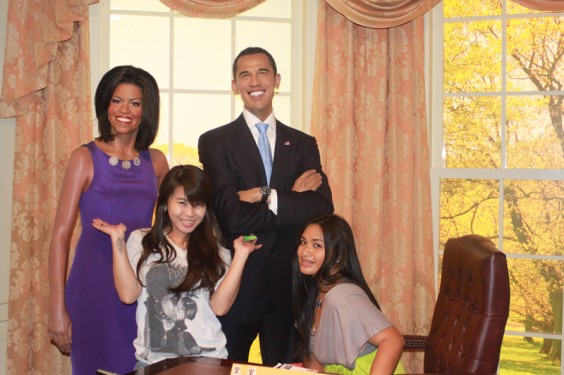 the white house with barack obama and the missus 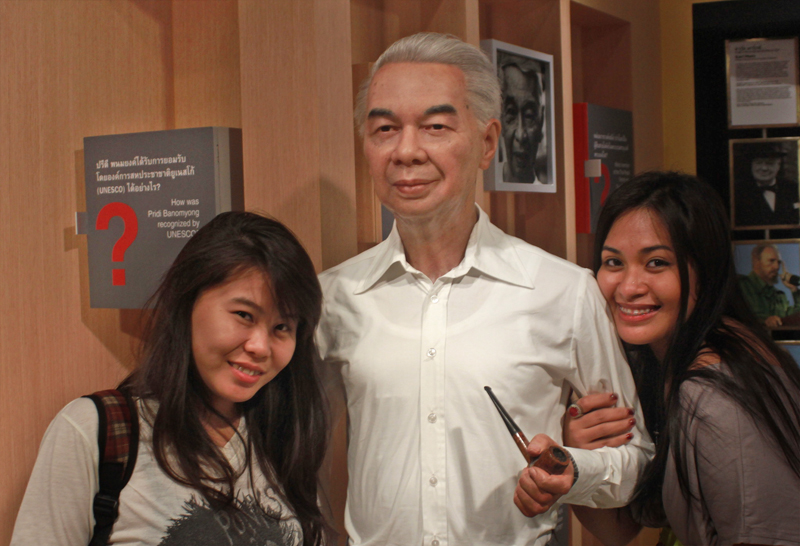 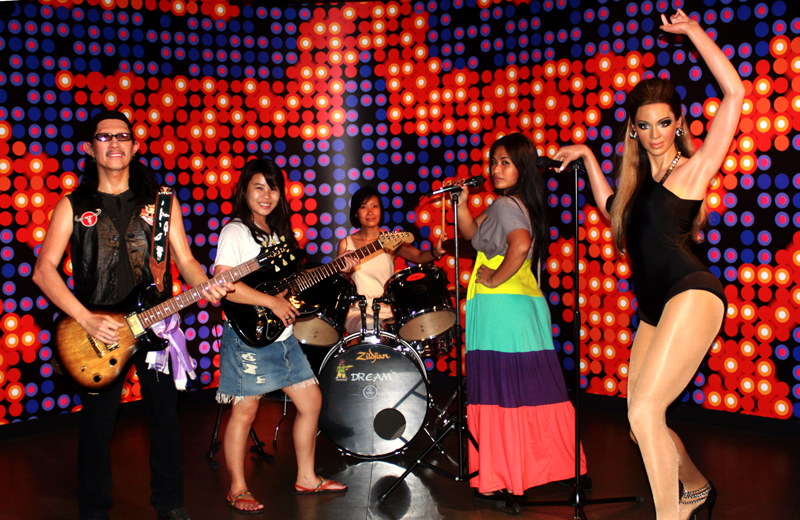 It’s just sad I was not able to properly say goodbye to these two girls. They were out to visit the Grand Palace…a trip I would have wanted to join to but I had a shoot :( then I realized I’m already leaving by midnight. oh well, next time! I will visit them when i drop by Indonesia! *fingers crossed ^.^